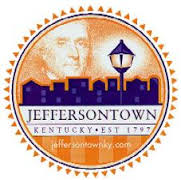 Moon Mini Dumpsters provides a variety of affordable dumpster options for residents of Jeffersontown, KY. Our dumpsters are dependable, compact, and pleasing to the eye. Scheduling dumpster services is easy and convenient!

The Jeffersontown community leaders provide excellent garbage collection service. Citizens can even arrange for bulk pickup as part of their local program. However, bulk item pickups are limited to three items. Sometimes people need more space than this.

Moon dumpsters are designed to provide maximum space for minimum cost. They are not bulky and do not take up valuable space in your yard or driveway. Our mini roll-off dumpsters fit into tight spaces that are practical for Jeffersontown residents. Call today and speak with Bob about the container size that fits your needs! (502) 772-2821

The time and place are set. The opponent has been chosen. The only thing left is to play the game! Louisville (11-1) will take on Miami (9-3) in the Russell Athletic Bowl, and that is just fine with the fans.

Louisville fans are anxious for another opportunity for their program to get more national exposure. A win over a high-profile team like Miami will do just that. The players and Coach Charlie Strong didn’t really have a preference. They tend to take the competitive stance and want to face the “best available.” They may have gotten it in this case.

More than just a game.

There is more to this game than just football. Louisville QB Teddy Bridgewater, like many college athletes these days, traveled far from home for his collegiate experience. The Miami, FL native will be returning to his home state to take on a program he is very familiar with to say the least. Whenever there are personal connections between opposing teams, the game takes on new meaning. “This is a special game from both sides,” Strong said. ““They all know each other…It’s just special.”

Does either team have an edge?

Even with “home field” advantage, Miami does not appear to be a favorite in this one. The Hurricanes are coming off of a two year, self-imposed postseason ban. When they enter the Florida Citrus Bowl in Orlando on Saturday, Dec. 28, they will be facing a Cardinals team with four straight bowl appearances. The two teams are pretty balanced, but Bridgewater gives Louisville a slight edge with his skills and experience. The future first-round pro led the Cardinals to an “upset” of Florida in last year’s Sugar Bowl. He is used to playing in the big game spotlight away from home. 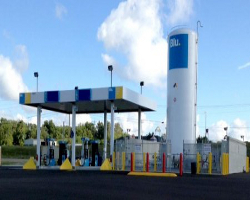 Blu opened Indiana’s first liquified natural gas (LNG) station this past September.
The station is located in Sellersburg off I-65 in southeastern Indiana. Local residents and lawmakers were on hand to welcome what many consider to be the future of fuel in America.

What is LNG?
Liquified natural gas (LNG) is pumped out of the ground in gas form. When the gas is reduced to -260 F it becomes a liquid. At this point it can be stored and transported easily for use.

What is LNG used for?
Liquified natural gas is most commonly used for heating and energy. Over 3/4 of the commercial and residential sectors use natural gas. LNG can also be converted into compressed natural gas (CNG) and used for automobiles. CNG is often used by fleets of vehicles. Some automobile makers have CNG models that do not run on any gasoline.

Benefits of using LNG include:

All of this points to a significant reduction, and potential eventual elimination, of American dependence on foreign oil.

Moon Mini Dumpsters supports the use of alternative fuels and other environmentally friendly programs.
We are proud of the progressive and resourceful businesses in the southeastern IN and Louisville, KY areas.