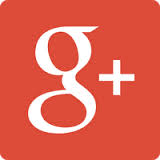 As a green company in Louisville, KY Moon Mini Dumpsters works hard to preserve our surrounding environment. We adopt business practices that will keep us, and the earth, sustaining for a long time. These include, but are not limited to, recycling waste and using fuel efficient vehicles. Our trucks are smaller and equipped with pollution reducing devices.

Moon is not only concerned with conserving the environment and resources in Kentucky and southern Indiana. We understand that what happens here affects all those around us. This is why we share ideas and learn new practices from people everywhere. The Google + community Sustainable Waste Management allows us to do this. Made up of businesses and individuals committed to conservation and sustainability, SWM is a platform for people to interact and trade thoughts about the environment. We invite you to join today! 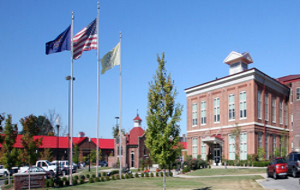 Jeffersonville, IN is a happening place these days. New projects and developments, such as the Ohio River Bridges and Big Four Station, are poised to bring revitalization to the area.

With new development comes construction and subsequently cleanup. Located just across the River in Louisville, Moon Mini Dumpsters proudly serves Jeffersonville and southern Indiana. If you are a construction company or contractor in need of a temporary waste container, look no further.

Moon provides smaller, more efficient rollaway dumpsters that fit conveniently into your work area. The vertical design allows for maximum volume using limited space. Keep a container for the length of your project. Fill it with all of your waste, and we do the rest. We even strive to recycle as much of the discarded materials as possible.

As a leading company in dumpsters and DIY roll off containers in Louisville, KY, Moon Mini Dumpsters strives to provide the best possible service at the lowest possible cost for each client. One of the ways we achieve this goal is by communicating with other dumpster companies as part of a small business network.

Frog Hauling in Columbus, OH is one of our network businesses. Through available online resources, Moon shares ideas with Frog and similar businesses regarding best practices. These practices relate to everything from fuel consumption, tracking technology, truck types and much more.

As part of the same niche, it makes sense for like-minded small businesses to share information that is mutually beneficial. Examples include group health care, vendor sharing, a marketing “umbrella” for all companies, and reusing resources to eliminate upfront costs.