Be sure to check out the Free Summer Movies at the Iroquois Amphitheater. Shows start at 8pm and doors open at 7. 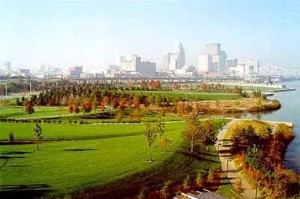 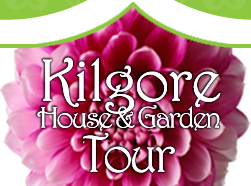 This year’s tour includes six gardens, with two homes open for touring, two large estates, and two small “gardener’s” gardens. Proceeds benefit the Kilgore Samaritan Counseling Center. The Center was created to fill a need in the Louisville community for affordable mental health and counseling services for patients, including those who have limited resources.

Visit the website for tickets or information on how to volunteer for this wonderful event.

Tickets for the event are $10 per person, and children under 15 are FREE with an adult. Visit the Home Show Facebook page for a “Buy One/Get One” coupon for any day of the show. Hours for this year’s home show are:

Visit with over 350 vendors, view presentations and seminars from some of the best home remodeling companies in the Louisville area. Learn how to master DIY projects, including lawn care, gardening, interior decorating and remodeling, and exterior home maintenance. Speak directly to various contractors, such as painters, dumpster providers, and fencing, to get helpful tips and potential estimates. 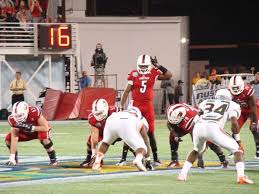 Congratulations to the Louisville Cardinals for their HUGE win in the 2013 Russell Athletic Bowl! The Cardinals soundly defeated future ACC opponent Miami 36-9 to end their season with a bang. It was a complete team performance that made Coach Charlie Strong “so proud.”

Offense, Defense, Special Teams-As in most lopsided football victories, Louisville dominated every aspect of the game. Coach Strong said, “We knew that we had to play well in all three phases of the game and we accomplished that.”

Cardinals Stars Shine-Every team needs its big time players to excel in big time games. Teddy Bridgewater came to play on Dec. 28. He used his athleticism to elude defenders and create plays. “Teddy football” threw for 447 yards and 3 touchdowns, adding a rushing touchdown to his stats.

Defense Wins Championships-Louisville defense sacked Miami QB Stephen Morris four times and had eight tackles for loss. This was the first time in three years that Miami did not score a touchdown or field goal in the first half. The Cards also held Miami to less than 10 points in a bowl game for the first time since the Hurricanes’ 2005 Peach Bowl.

Moon Mini Dumpsters is proud of our U of L Cards and their outstanding season! The team finished 12-1 and capped off the year with a dominant bowl performance. We are very excited about next year’s move to the ACC and competitive future it will bring.

The time and place are set. The opponent has been chosen. The only thing left is to play the game! Louisville (11-1) will take on Miami (9-3) in the Russell Athletic Bowl, and that is just fine with the fans.

Louisville fans are anxious for another opportunity for their program to get more national exposure. A win over a high-profile team like Miami will do just that. The players and Coach Charlie Strong didn’t really have a preference. They tend to take the competitive stance and want to face the “best available.” They may have gotten it in this case.

More than just a game.

There is more to this game than just football. Louisville QB Teddy Bridgewater, like many college athletes these days, traveled far from home for his collegiate experience. The Miami, FL native will be returning to his home state to take on a program he is very familiar with to say the least. Whenever there are personal connections between opposing teams, the game takes on new meaning. “This is a special game from both sides,” Strong said. ““They all know each other…It’s just special.”

Does either team have an edge?

Even with “home field” advantage, Miami does not appear to be a favorite in this one. The Hurricanes are coming off of a two year, self-imposed postseason ban. When they enter the Florida Citrus Bowl in Orlando on Saturday, Dec. 28, they will be facing a Cardinals team with four straight bowl appearances. The two teams are pretty balanced, but Bridgewater gives Louisville a slight edge with his skills and experience. The future first-round pro led the Cardinals to an “upset” of Florida in last year’s Sugar Bowl. He is used to playing in the big game spotlight away from home.